WE ARE CONTRACTED WITH UNITEDHEALTHCARE 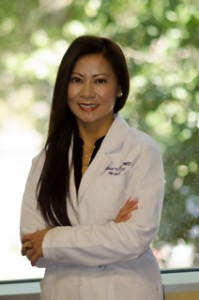 Dr. Linh Dang was born in Vietnam to a family of six children. She came to the United States at the age of 12 with the goal of pursuing a medical career. In 1986, she attended Baylor University in Waco and graduated Magna Cum Laude with a Bachelor degree in Chemistry. Her quest of becoming a physician led her to the University of Texas Health Science Center in San Antonio, where she completed her medical training and an internship in Internal Medicine in 1995. While in medical school, Dr. Dang spent most of her summers as a student working externships in the Neurology Department at the University of Texas Health Science Center in Houston, where she eventually attended and completed her Neurology residency in 1998. Following the completion of her neurology training, she went into solo practice in Conroe in August of 1998 and expanded her practice to the Huntsville and Woodlands areas. Due to the growing demands for neurological care in the Montgomery County, Dr. Dang has elected to relocate her practice to the Methodist Hospital complex in The Woodlands.

Fluent in both English and Vietnamese, Dr. Dang’s philosophy is that “There is a diagnosis for every symptom. Look for it, and you will find it. If you don’t find it, keep looking!”